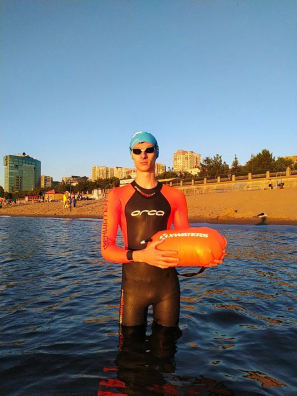 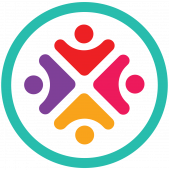 10 out of 181: Pizza maker Alexei Terekhov will enter the same water with ultramarathon runners and help 5-year-old Grisha
Event: X-WATERS SAMARA 181 2022
Alexey works in a pizzeria and is new to open water swimming. The more serious the challenge that he decided to throw himself and the water element. On August 19, he will swim his first 10 km along with experienced athletes as part of the X-Waters Samara 181 ultramarathon swim. In total, the swim along the Volga around Samarskaya Luka (Samara region) will last five days, Alexei will swim for one day, and is now actively preparing for the swim. But not only physically, because an important part of his act is a charitable fundraiser for 5-year-old Grisha Degtyarev from Tolyatti. Grisha has a congenital underdevelopment of the upper limb, namely, the hand and fingers of his left hand are missing. The boy needs an active kibi prosthesis. He already had one, it was also purchased by philanthropists, and with it he learned to ride a bicycle and a scooter, use both hands in games. Now Grisha is 5 years old, the old prosthesis has become small for him. Therefore, in order for the boy to continue to fully develop, he needs a new cyber-hand. With it, Grisha will be able to acquire the skills necessary to perform everyday household tasks. In addition, with the prosthesis, the child will have the same load on the hands, and this, in turn, will help maintain the correct posture. Let's support our swimmer in pursuit of his noble and ambitious goal! View more >>
View more >>
Share:
Raised
1 600
Target
300 000
0%
3 donation
Donate
There are no news yet
There are no photos yet 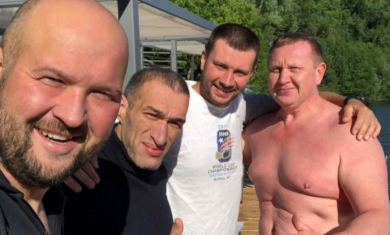 ANO__CST_"Lomaya_baryery"
0%
We are the LABOR RESERVES team. Ruslan Alimgulov, Vladimir Prosvirkin, Evgeny Tarasov, and our captain - Ildar Salimov. In August we are going to the X-WATERS Samara championship. Ahead of 5 days, 181 km. Every day a team of swimmers will overcome up to 40 km, spend the night in tents, cook food on a fire, and believe that we will succeed. We dedicate our sports deed to the wards of the Breaking Barriers Center - children with disabilities. We plan to raise 100 thousand rubles, this money will be used to purchase physiotherapy equipment that will help children and their parents: support, strengthen and restore health and physical condition. Special children will be able to use the equipment for free several times a year (courses) and such support is very significant and will last a long time. Everyone participates, the strongest wins, a real person helps. We are waiting for 181 km. 5 days. 100 thousand rubles. You only need 10 seconds to follow the link and help! Thank you for your assistance and support in preparing for the swim: "CAFE CAMPING M5" (https://cafem5.povolzhe.online/) and the School "I Love Swimming Ufa" (https://ufa.ilovesupersport.com/swimming ; Moscow). Ufa, Karla Marksa street 3b)
Swim for goodness Event: X-WATERS SAMARA 181 2022
Loading...
Loading...
Show more